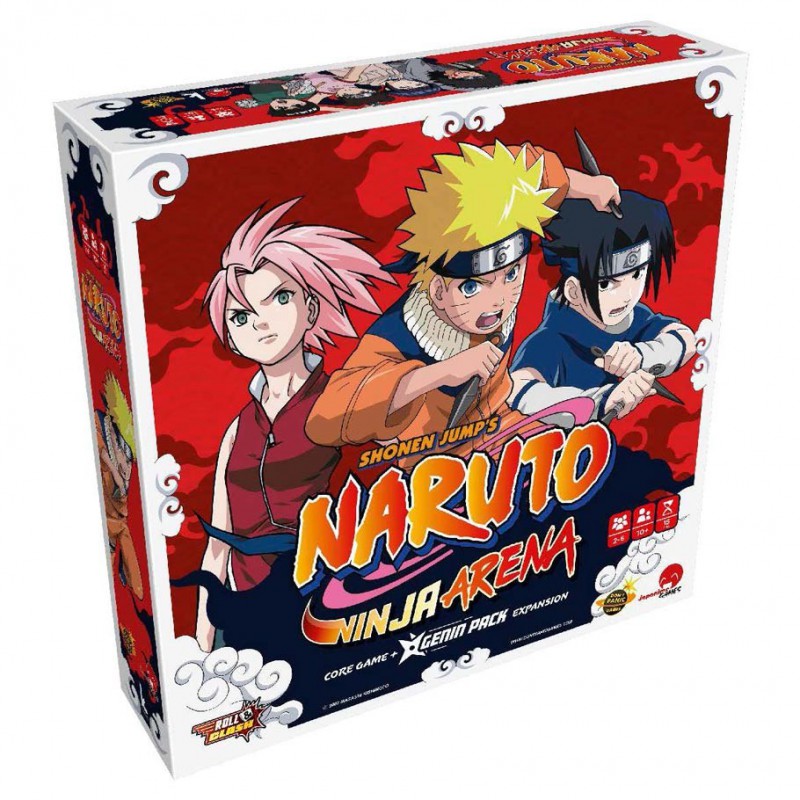 Naruto : Ninja Arena is the first game using the Roll & Clash system. During

the game, you throw your dice as quickly as you can and use the results to

activate Techniques without stopping the game. Everyone plays at the

same time in a frantic battle to be the last Ninja Standing!

The Chunin exams are in full swing ! This is a great opportunity for Naruto,

Sasuke, Sakura and Shikamaru to spar in frenzied bouts and practice

mastery of their TECHNIQUES and special POWERS. The young Ninja will use

inflicting DAMAGE that will add up to WOUNDS, KNOCK OUTS

or even worse, final elimination.